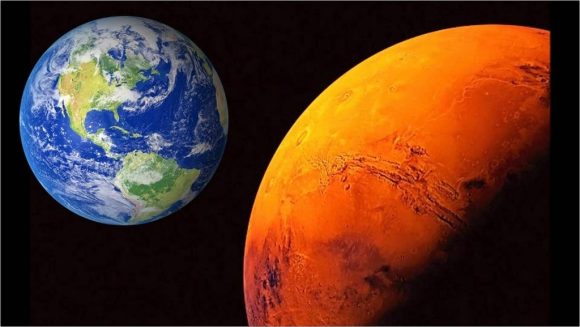 Extremely rich entrepreneur and founder of SpaceX, Elon Musk, was a guest speaker at the 68th International Astronautical Congress held in Adelaide, Australia. Elon Musk has publicly espoused the fact that he would like to live on Mars, and he is not going to let something as trivial as a new scientific finding get in his way.

Elon insists that we can still go and live on Mars despite a new ‘discovery’ written about in a scientific article saying that his dream is impossible. The SpaceX founder has proposed dropping a thermonuclear weapon on the planet in order to transform the planet in order to resemble the earth, and eventually support human life.

Elon Musk’s ambition of terraforming, then colonising Mars, looked to have come to a sudden halt earlier this week when certain scientists reported findings along the lines of a making it obvious that there could never be sufficient carbon dioxide that would create a suitable atmosphere to support humans beings.

Mr Musk again denied the ‘supposed’ findings of ‘qualified’ expert scientists and insisted that all these latest findings do not in any way alter his plans to eventually go and live on the Mars.

The scientific article that was published in Nature Astronomy, sought to asses whether there was sufficient carbon dioxide in the identified areas that have been pinpointed on Mars that could be ‘terraformed’ to support human life on the planet and give it a new atmosphere that could support human beings. Findings suggested that there is far from enough, less than one fiftieth of the amount required. An esteemed author insisted that the surface temperature would be raised by less than 10 degrees Celsius, which would not be sufficient.

A counter argument by Elon cited alternative study findings that have not only stated “There’s a massive amount of CO2 on Mars absorbed into soil that’d be released upon heating” Mr Musk wrote “With enough energy via artificial or natural (sun) fusion, you can terraform almost any large, rocky body.” Also, a 1993 research paper has explored the possibilities of creating an Earth-like environment on Mars. Elon insists there will be life on Mars.