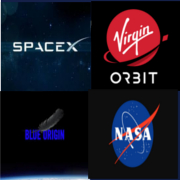 Today in a much more commercially oriented era, there are three major players. They are:- Elon Musk; Richard Branson; Jeff Bezos. 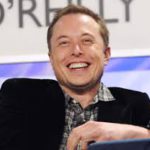 Elon Musk, the much revered South African entrepreneur, is a one man driving force that is pushing the boundaries in space exploration. His many projects have left an indelible mark on the outcomes of many miraculous undertakings. Such as, the amazingly successful Australian lithium battery energy cost-saving, and the TESLA electric car, as well as Elon’s many other companies. 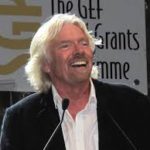 Catching up fast with Elon Musk is Richard Branson. He launched his company Virgin Orbit in Long Beach California in 2017. The sole aim being to launch small satellites, and like Elon Musk, potentially make space-flight and tourism available to the public.

Richard Branson commented “Opening space for everyone isn’t just our ultimate business goal — it’s also the principle that guides how we grow and nurture our diverse team. The Virgin Orbit crew spans the breadth of human backgrounds, skills and experience, and there’s room for you, too.”

The future for Richard Branson and Virgin Orbit as new kids on the block Virgin are to continue working hard as they advance towards their inaugural flight and keep making progress. As new phases of testing are reached and partnerships between governments and private industry coexist, space-flight opportunities for everyone open up. 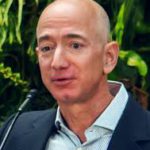 Amazon CEO and founder Jeff Bezos is the latest space-flight entrepreneur to pave the way for affordable commercial space travel. Although his company Blue Origin has been in existence for almost 20 years, it is only relatively recently that plans have emerged for cost effective space colonisation and Blue Origin.

During 2015 Jeff Bezos announced that his brand new orbital launch vehicle was currently being developed and constructed which would make its first flight in late-2017. Later, Blue Origin’s New Sheppard space orbital  launch vehicle had a successful launch into space reaching its planned test altitude of 100.5 kilometres before it executed a perfect vertical landing returning to its launch site in West Texas. In 2016, Jeff Bezos invited a select group of journalists to visit, tour, and photograph his West Texas facility. 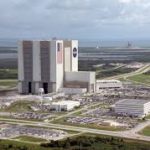 Commercial Resupply Services (CRS) have recently been developed in the form of reusable vehicles which began back in 2006. A USA commercially operated cargo vehicle without a crew was tabled as uncrewed cargo vehicles to service the International Space Station as a mean of cost-cutting was tabled. Private investment to raise unspecified amounts of revenue were proposed to keep NASA viable in today’s market.

It was in the month of May in 2013 that Jeff Bezos met with the Chaiman of Virgin Orbit Sir Richard Branson. They thoroughly discussed the possibilities of commercial spaceflight opportunities and strategic practicalities. Richard Branson, Elon Musk, Jeff Bezos are all billionaires who prioritize spaceflight among their business vast interests. They have immense interests and aspirations in common.